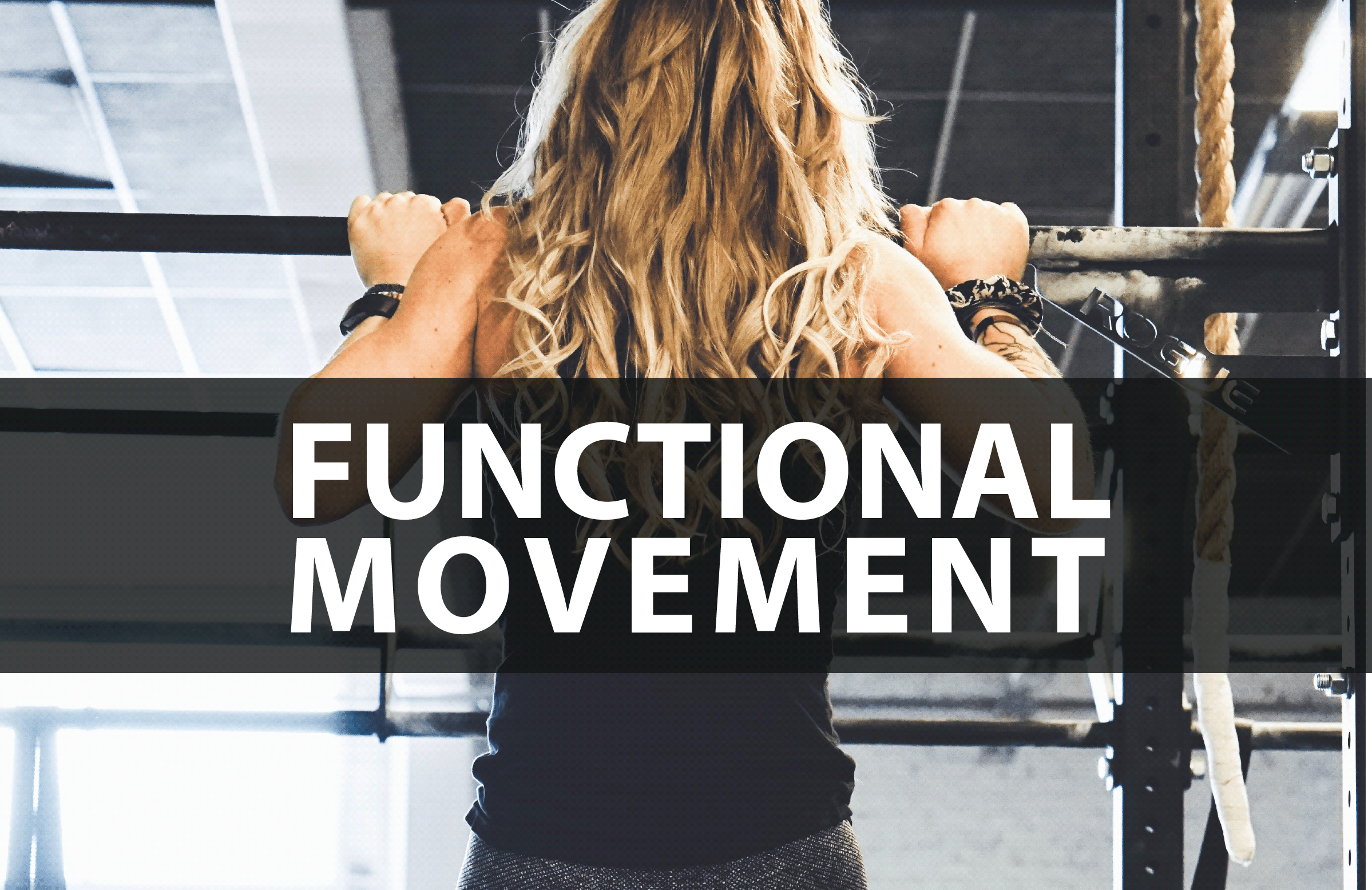 It’s finally spring! A great time to get into a physical movement practice – if you don’t already have a routine in place. Here’s a common question we hear about fitness – what is Functional Movement.

Let’s look at the difference between traditional weight training and functional movement exercise.

Traditional weight training is muscle focused. The exercises and movements are chosen based on muscle category like: biceps, pectoral muscles, triceps, etc

Functional Movement Training is based on movement patterns.

There’s nothing wrong with building individual muscles but functional movement training can be incredibly efficient by engaging multiple muscle groups into one exercise.

The six main movement patters are:

Here, you’ll keep your chest up and keep the movement to your hips and knees.

This exercises is also known as a deadlift. It’s a hingle at the hips while bending over – knees SLIGHTLY bent.

The bend movement focuses on the posterior chain (hamstrings, back muscles, glutes) which is a must for office workers who sit for most of the day. The squat focuses more on your leg muscles (glutes, quadriceps, hamstrings).

There are two types of twist exercises. There’s a rotation which you’ll want to be careful with if you have any back pain and the resistance to a rotational movement (such as a one arm plank).

Functional training is excellent for athletes or anyone interested in sports. It focuses less on getting bigger muscles and more on performance enhancements and general health.

The best exercise regimen is one that you ENJOY, can keep consistent with, and gets you to your desired results!